Poisonings from Medicines and Pesticides 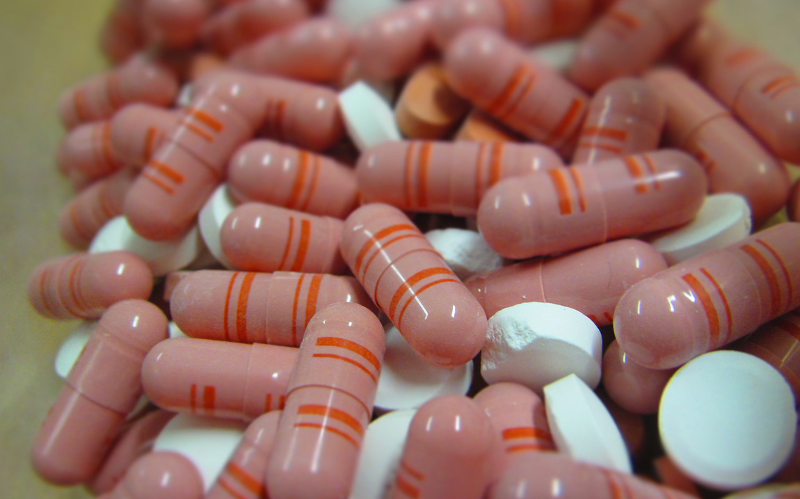 Many substances that we have commonly at home can put the health of our pets in serious risk. Dogs and cats tend to explore their environment; they are attracted to novel things, and smell, lick, eat. If your pets have swallowed something they shouldn’t have, and show symptoms of discomfort, take them immediately to the veterinarian.

The best strategy, in any case, is always prevention. To avert poisonings, we need to know which products are potentially dangerous to keep them away from animals.

We have prepared for you 4 posts about the most dangerous substances for our pets:

Medicines are the first cause of poisoning in cats, and the second cause in dogs (after pesticides).

Animals in general neither assimilate nor respond to medicines the same way as humans do, so it is very dangerous to give them medicines intended for us.

Paracetamol and ibuprofen, for example — which we use often as anti-inflammatories or for headaches —, are highly poisonous for certain animals. They can damage the stomach and the liver, among other things. A couple of tablets might be enough to cause death.

We must be very careful with the acetylsalicylic acid (present in aspirins, and especially harmful for cats), tranquilizers, antipsychotics, and sedatives in general. When in doubt, ask your veterinarian first.

Regarding specific medicines for animals, we need to take precautions with products for external deworming. The accidental ingestion of antiparasitic collars, or an overdose of deworming tablets or pipettes also can cause a poisoning, as well as treating cats with pipettes intended for dogs. If you cannot remember if you gave them the recommended dose of antiparasitic medicine, check with your veterinarian before you give them another one.

Other substances that it is necessary to keep away from dogs and cats are psychoactive drugs — marijuana and hashish included. Even though their effects are rarely serious, they can cause neurological symptoms — trembling, disorientation, convulsions, and locomotor impairment — so they have to be hospitalized.

Nearly all pesticides are potentially poisonous for animals, since they are chemical compounds designed to kill, repel, control, or interrupt the growth of living beings seen as plagues.

Rat poisons are used to kill, control, or prevent the presence or action of rodents in any midst. They are among the most common poisons found in every home, and the cause of many accidental poisonings in dogs.

In most cases, dogs that have suffered a mild rat poisoning don’t show symptoms for several days. These substances act little by little, causing internal or external hemorrhages that the organism cannot control because this poison prevents coagulation.

Internal hemorrhages can go unnoticed, so we may not be aware that our pet has swallowed a harmful substance. Any of the following symptoms might indicate poisoning:

If you suspect that your dog has been in contact with rat poison, and they show some of these symptoms, take them immediately to the veterinarian and indicate which substance they have consumed.

Do not induce vomit unless the veterinarian said so. Some poisons can do more harm if they are brought up through the esophagus than if they continue they normal course.

This kind of products is are designed to kill insects, slugs, snails, and weeds, but they can cause equally serious damage to dogs or cats when swallowed. They can affect the digestive system, and even the nervous system.

The possible symptoms of a poisoning from insecticides, molluscicides, or herbicides are:

In face of any of these symptoms, take your pet the veterinarian quickly.

Treatment of Poisonings in Cats and Dogs

When animals are poisoned, usually they need to be hospitalized — except in the mildest cases. Depending on the substance they have swallowed, the veterinarian will treat them with the right antidote — if there is one —, administer intravenous fluids to cleanse the organism, and apply specific treatments for the symptoms the pet has developed (digestive, renal, hepatic, or neurological).